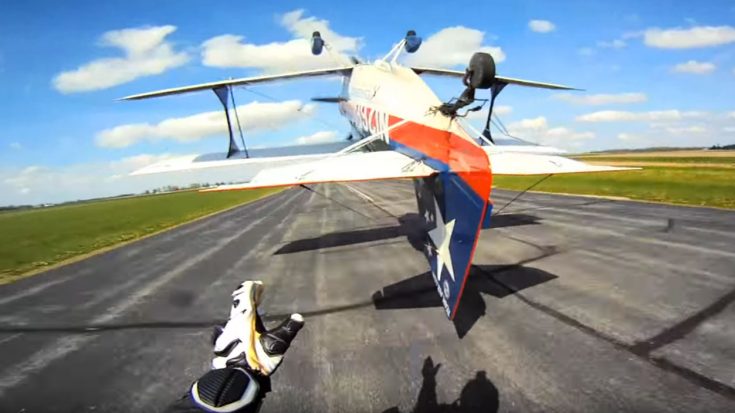 Kids, Don’t Try This At Home.

We know, we know. This is dangerous and stupid and wreckless and irresponsible and that’s why puppies die. We showed you folks a couple of really cool stunts in the past and typically those are the comments that we hear. Others, however, eat this up all day every day. This one’s for you.

If you’d want to check out their schedule, click here to see when they’ll be performing near you.

Once in a while, we like to spice things up with things you guys don’t expect. Although we love World War II planes and military aviation in general, we like to throw in something out of the ordinary once in a while to avoid showing you guys the same things over and over again. It keeps it interesting and everyone’s entertained.

Here, you have the Werth brothers. The stunt team composed of brothers David and Billy is really something to see at least once in your life. They’re both speed nuts; one loves the ground and the other the sky. Together, they put on a great show.

When watching the video, notice the tail of the plane. When the biker releases it, it dips down super close to the ground. We’re sure they know what they’re doing, but man, there’s little to no room for error.