Rare Film Of The Dornier Do 17 Bomber In Combat 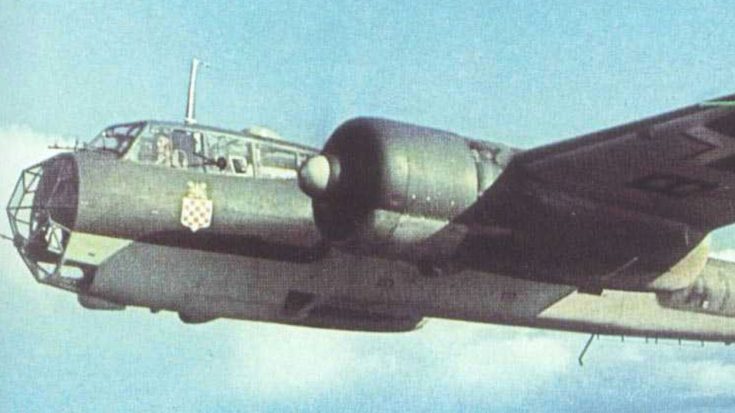 The Dornier Do 17 is a type of bomber vastly different from the ones used during WWII. This light bomber served the German Luftwaffe from 1937 until the end of World War II. It earned the name Flying Pencil due to its thin, sleek frame.

Developed in the 1930s by the Dornier Flugzeugwerke company the Do 17 was designed as a light bomber with a frame small enough to aid it in avoiding fighter attacks. Reaching speeds of up to 255 mph and armed with a payload of over 2,000 lbs of bombs the Do 17 proved that it could handle itself in combat. Over 2,100 of these light bombers were produced up until 1940 when the Luftwaffe began to favor of more powerful bombers such as the Junkers Ju 88.

After WWII most of the remaining Dornier Do 17s were scrapped and it was long believed that none survived. In 2010 a submerged Do 17 was discovered off the coast of the United Kingdom and brought to the RAF Museum in 2013. Since then, a restoration crew has worked to bring the world’s only Do 17 back into presentable condition.

This rare video shows several clips of the Dornier Do 17 in heading into action in WWII bombing raids.