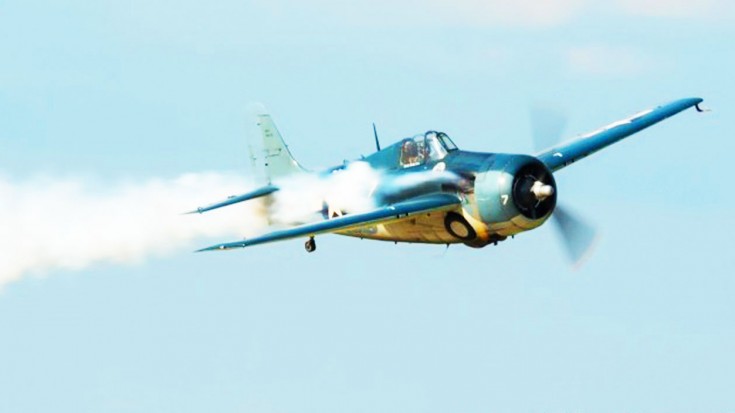 That Pilot Sure Knows How To Handle That Wildcat!

This great footage was taken during EAA AirVenture Oshkosh airshow in 2015. During this part of the show, Greg Shelton took his FM-2 Wildcat for a spin and did an awesome job entertaining the spectators. As you’ll see, he does a wide variety of aerobatics, adding smoke to enhance the overall experience. As always, Oshkosh made this event one to remember.

This variant, the FM-2, was manufactured by General Motors as Grumman focused on producing the F6F Hellcat.

The F4F Wildcat was a Grumman designed fighter plane to serve specifically in the Navy. Taking to the skies in 1940, its major U.S. Navy application was to go up against the Japanese Zeroes in the Pacific Theater. Although they were slower and less maneuverable than their opponents, their toughness and newly developed tactics helped them rack up an impressive 7:1 kill-to-loss ratio. Because of their effectiveness, almost 8 thousand of them were built even after newer models were being manufactured, and were used for the remainder of the war on escort carriers.