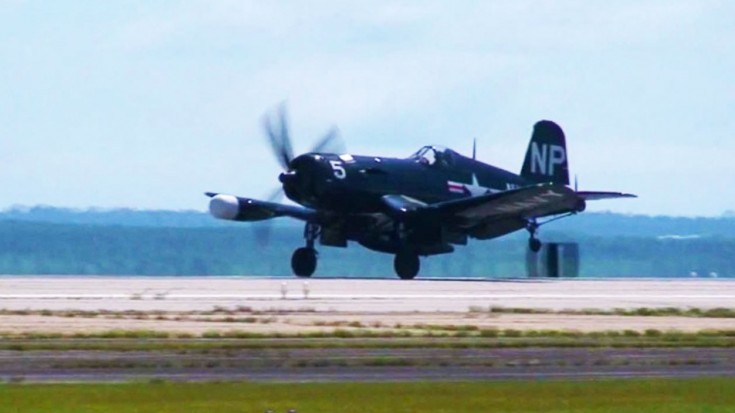 It’s Impossible To Get Tired Of That Sound

The F4U Corsair became the ‘pilots’ choice’ almost as soon as it arrived on the runway. Although designed for the Navy as a carrier-based aircraft, its shortcomings on the deck made it more useful as a fighter-bomber until some of its issues were reworked. Until the introduction of Corsairs, Japanese Zero fighters had the advantage in the air, but as soon as Corsairs arrived, the U.S. Navy counted an 11:1 kill ratio against them. Equipped with an R-2800 engine, Corsairs were considerably faster than the Hellcats which until then were the Navy’s favorite.

The plane is a powerful beast that could take some time to master, just like in real life. However, in the hands of an ace, it will be a lethal opponent to face.

Widely used by the U.S. Marines and other Allied forces, the Corsair did very well in the Pacific Theater and greatly aided establishing air superiority over the islands. Because of a very distinctive, high pitched sound produced by air rushing into the engine’s air vents when diving, Corsairs were named the ‘Whistling Death’ by Japanese ground forces.