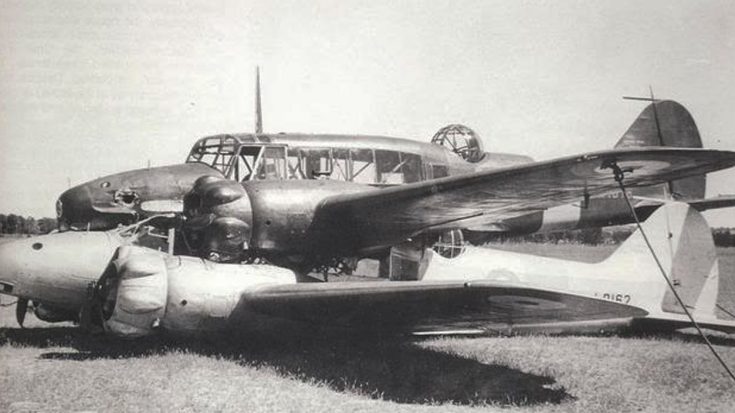 There are a lot of crazy stories about WWII aviation and just when you thought you’ve heard them all, another one pops up. Such is the case of the Brockelsby incident, it started off as a routine training exercise and became a one in a million story.

The incident occurred on September 29th, 1940 at a flight training school in Brockelsby, Australia. A group of Avro Ansons were flying at a height of 1,000 feet when two of the planes colliding while banking a turn. 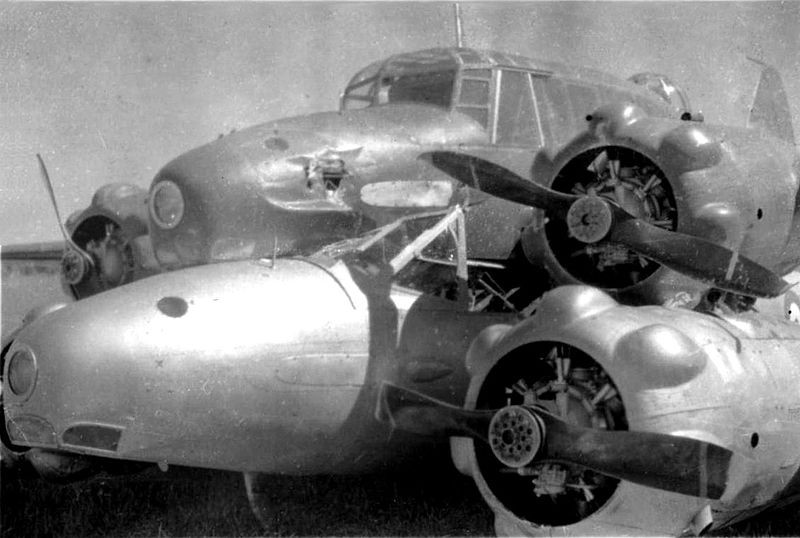 Jack Hewson, the pilot on the top plane had increased the plane’s acceleration to its limits which prevented the planes from spiraling to the ground. Leonard Graham Fuller was the pilot of the Anson on top and he made a split decision. As the other crew members bailed out of the planes Fuller stayed and did his best to salvage the situation.

“The pilot of the top plane, LAC Leonard G. Fuller, discovered that he was still able to control both his aircraft and the plane wedged underneath, and managed to fly both aircraft about 8 km, using the power from his starboard engine. He belly landed the two aircraft safely in a paddock of a farm belonging to Mr. T. Murphy, approximately 5 miles southwest of Brocklesby.”

In a shocking twist of fate, no one was killed or seriously injured in the crash. The planes experienced some damage but were still in a condition where they could be repaired and saved them over $50,000 worth of costs. Fuller became a well-known hero for efforts but sadly died four years later when he was struck by a bus while riding his bike. The film of the infamous Brockelsby incident can be seen in this historic footage.