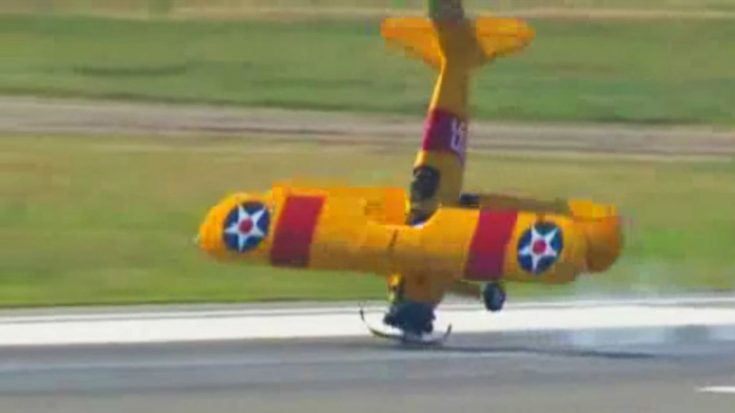 This is not a new story but it goes to show you how quickly things can  go wrong. Our beloved vintage planes are pretty sparse nowadays, so it’s good to have lessons to learn from. We will note however, that we’re all for flying them. There are a lot of people that believe these planes belong in museums and shouldn’t be flown. To us, that seems like a massive waste. They should be flown, just carefully, that’s all.

This incident happened on June 8th, 2010 during a movie promotion event on the runway of the Ronald Reagan Washington National Airport. As this was a promotional event for the Legends of Flight film, the plane involved in this incident had a reporter as a passenger. Talk about an interesting flight.

The plane in this video is a Boeing Stearman Model 75, a biplane that was introduced in 1934 and was used as a trainer during World War II.

After taking a picturesque 20-minute flight, the pilot, Michael Truschel came in for a landing. As he approached he was going a bit too fast and as you’ll be able to see, hit the brakes a bit too hard. The rest is history.

First ,the prop hit the ground, bent it out of shape and then on its back it was. Luckily, both of them were strapped in so they walked away unharmed. The bird was later fixed.