Pilot’s Perspective Of ‘Most Difficult’ Landing In The World 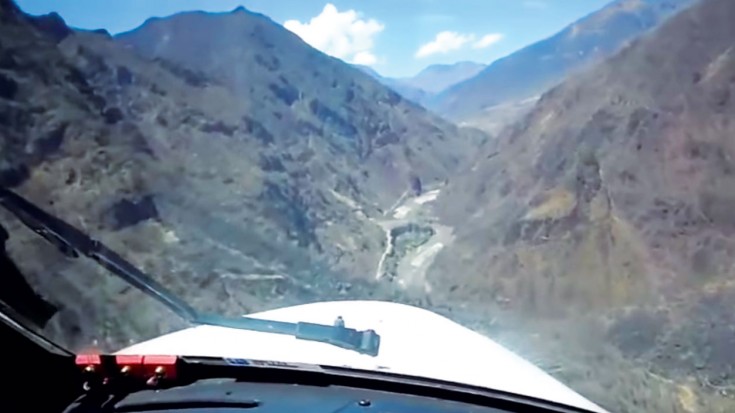 Welcome to Peru. A beautiful place full of history, wildlife and amazing people and cuisine. One of their airports however, doesn’t seem so inviting and this video proves it.

There are actually many airports around the world which would make you pucker up good. We’ve shown you another video a while backfrom Nepal and was located on top of a plateau. There were two cliffs on both ends of it too, so landing there is a one shot deal.

The pilot was flying a Beachcraft King Air, a twin-turboprop aircraft.

As for this one, well, it’s quite a trip too. SPGL, an airport in Chagual, Peru, is definitely one of those rides that have you clenching your seat. In order to even approach the airstrip you need to fly between winding ravine walls. You can only imagine the wind and drafts that such an environment creates.

Located at an elevation of almost 4,000 ft., this airstrip itself is about 4000 by 60 feet. That’s not a lot of room, especially because it appears when you take a mean bank out of the mountain range into a tiny clearing.

This pilot handled it pretty well and although he landed uncomfortably short, we certainly can’t say we’d do it any better. A lot of Youtube commenters said that him having a mustache helped and for some odd reason we can’t argue with that.