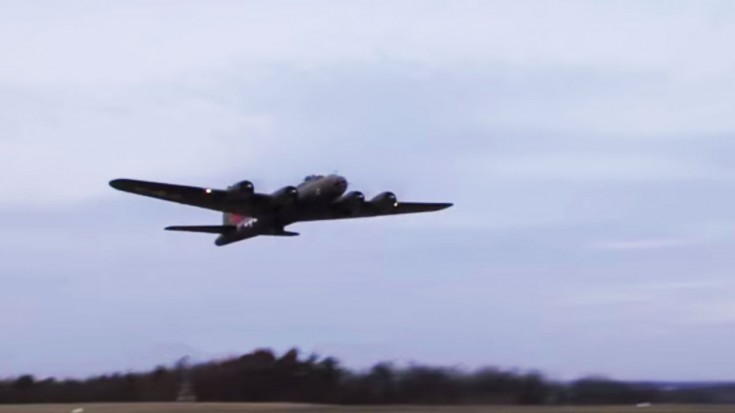 With Some Luck, She’ll Take To The Skies Again!

This almost heartbreaking footage shows one of our beloved B-17Gs, Pink Lady, landing in Cerny-La Ferté Alais airfield, where she was to retire. Up until that point in 2010, she was the only airworthy Flying Fortress that has seen combat in Europe during World War II. Not only that, her post-war career also included being featured in the 1990 movie Memphis Belle, in which she was named Mother And Country.

As of this writing, only 11 Flying Fortresses are still airworthy while others are under restoration.

During World War II, Pink Lady was manufactured at the Lockheed-Vega plant in Burbank, California. Rolling out of the assembly line at the end of 1944, she was then only known by her serial number 44-8846. In March of the following year, she was assigned to the 511th Bomb Squadron, 351st Bomb Group in England. Throughout that year, she flew six missions over Germany, making her the only airworthy B-17 that dropped bombs during the war. After flying at airshows until 2010, she was unfortunately grounded due to lack of funds and insurance issues.