Plane Spotters Get More Than They Bargained For-Insanely Low Approach 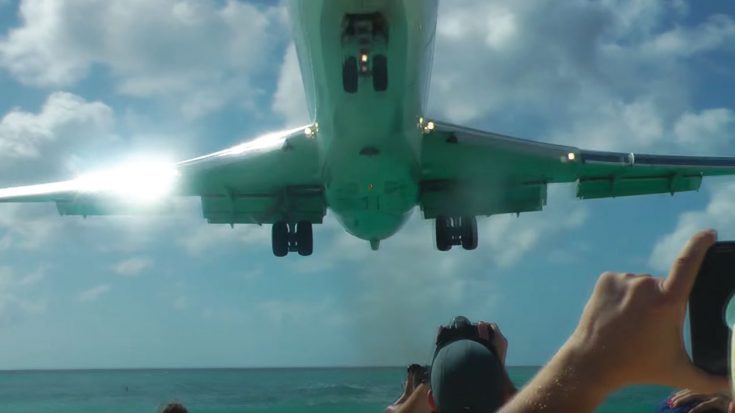 Gotta Hand It To Them For Standing Their Ground.

St. Maarten is an incredible vacation destination. Part of the Netherlands, it’s a Caribbean island featuring lagoons, beautiful beaches, crystal clear waters and of course fine dining and incredible culture. It is also a prime destination for plane spotters.

As you’ll see in this video, there’s a place on the island which is every plane fanatics dream (or regular person’s nightmare.) Since there’s only one major airport there, all of the flights come in there. So, if you stand under the glide slope, you’ll see many, many planes coming in.

The scenery is very picturesque of course. Fine white sand and pearly blue waters in front of you, and just feet behind you is the beginning of the landing strip. As you can imagine, plenty of people stand there waiting for a guaranteed thrill.

Check out how low she was though. The people in this video, in our humble opinion, are a bit crazy for standing there.