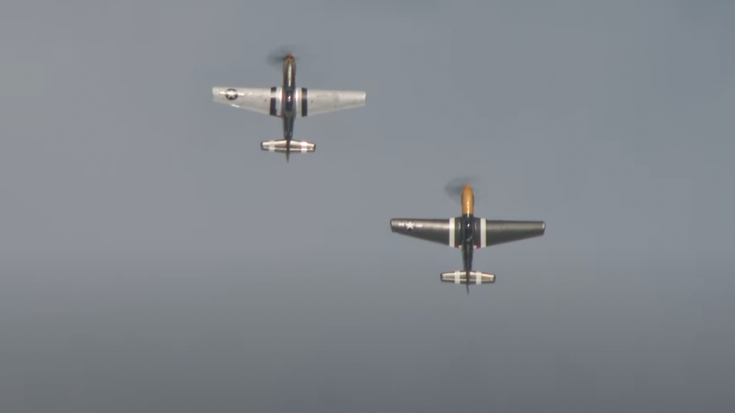 This excellent footage was taped at the famous Flying Legends Airshow in 2011. This segment was specifically put together to feature one of the most iconic fighters of World War II, the P-51 Mustangs. What’s more, there are no announcers or people talking, so the only thing we’re left with is the pure sound of those engines. You just have to love that! In addition, they’re doing multiple low passes in close proximity and by the looks of it there are about 4 of them, although it’s hard to know exactly.

The last and definitive variant of the P-51 Mustang was the D variant which was powered by the Packard V-1650-7, a license built version of the famous Rolls-Royce Merlin.

The P-51 Mustang was developed and manufactured by North American Aviation at the request of the British Purchasing Commission. In need of a new fighter plane, a prototype called the NA-73X was presented to the commission in just over three months and was almost immediately approved. After some modifications such as upgrading the engine to make it more capable at higher altitudes, Mustangs were so successful that over 15,000 units were produced.