Trump Has Some Nasty Words About The F-35 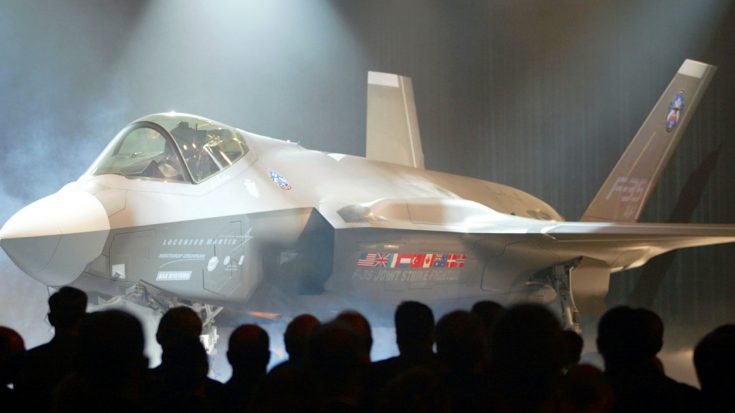 Lockheed-Martin’s F-35 program has had a fair share of setbacks during its development. There have been malfunctions in the software, engines catching fire during test runs and of course the excessive lifetime price tag that is expected to reach over $1 trillion. Now the F-35 could be facing its most monumental problem yet, major criticism from the President-elect.

The F-35 program and cost is out of control. Billions of dollars can and will be saved on military (and other) purchases after January 20th.

The F-35 has been decried both sides of the political spectrum but now with the soon to be President lashing out it could be in much bigger trouble. The day after the President-elect tweeted his thoughts Lockheed-Martin’s stock dropped 3%, showing that words can hit hard before he’s in office.

Lockheed-Martin recently requested an additional $10 billion to complete the program that is already lagging behind schedule. Officials from the F-35 program came to the defense of the fighter-generation fighter after the President-elect’s comments.

“We’re investing hundreds of millions of dollars to reduce the cost of sustaining the airplane over its 30-40 year lifespan. We understand the importance of affordability and that’s what the F-35 has been about.”

With all the problems facing the Lockheed-Martin F-35 program do you think the President-elect’s disapproval will be the killing blow? Wochit news goes into further detail in this clip.