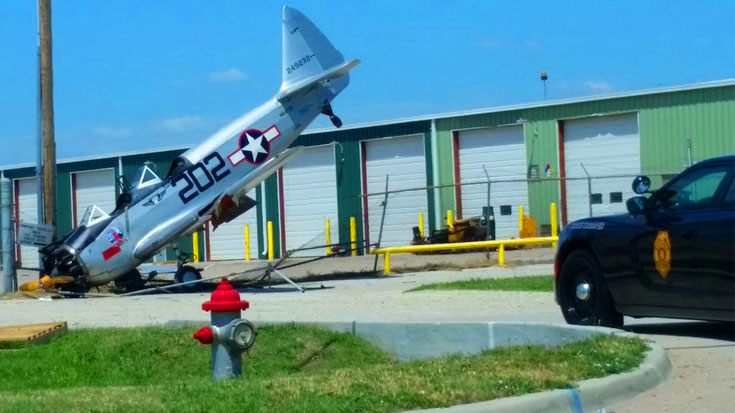 Memorial Day gives us all a day to reflect on the heroism of those who gave their life for the freedom of others. Legendary warbirds are known to take place in ceremonies commemorating the service of American war heroes. However, there are often complications that emerge from these flyovers and one warbird suffered a crash during a ceremony.

During a Memorial Day flyover in Wichita, Kansas a Fairchild PT-23A belonging to Commemorative Air Force experienced an engine failure. The pilot attempted to restart the engine without success and was forced to crash land the plane near Westport Airport.

“Thankfully they missed the fueling vessels that are over there and there was no fire with the plane or anything else.”

The pilot and his passenger only experienced minor injuries and the cause of the crash is attributed to the plane running out of fuel upon its return. The Federal Aviation Administration is conducting an investigation into the crash as details emerge. This video from the Associated Press shows the extent of the damage from the plane crash.

“Engine failed to start and plane crashed leading up to the runway.”