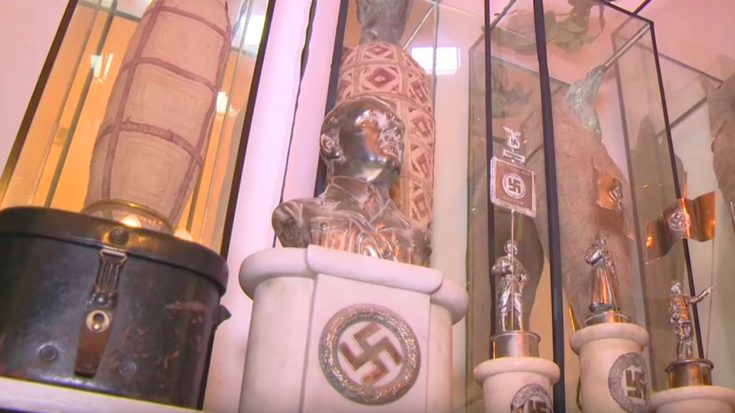 South America has had a long history of association with Nazi Germany. Many members of the SS fled to Argentina to escape prosecution for their war crimes, there have German bases discovered in the Jungles and there is that long-standing conspiracy theory Hitler himself made his getaway to this South American nation after faking his death. Some people like to shrug off the South American connection to Nazi Germany as mere rumors, but a discovery in Argentina proves otherwise.

A secret room hidden behind a bookcase revealed the biggest collection of Nazi artifacts in South America’s history. Alongside the Germany memorabilia, there were artifacts from Ancient Egypt and Chinese Dynasties although authorities are uncertain yet if these were stolen by Nazis.

It is believed that these artifacts were brought over by high-ranking members of the Nazi party as they fled to Argentina. It is against the law to possess such material, but rebellious collectors violate the rules and see themselves above the law. Some of these artifacts also have pictures of them being held by Adolf Hitler himself.

“This is a way to commercialize them, showing that they were used by the horror, by the Fuhrer. There are photos of him with the objects.”

Details are still trickling out about this collection but you can take a peak as Interpol raids the secret room in this clip.