The World’s Cheapest Private Jet – See How It Flies 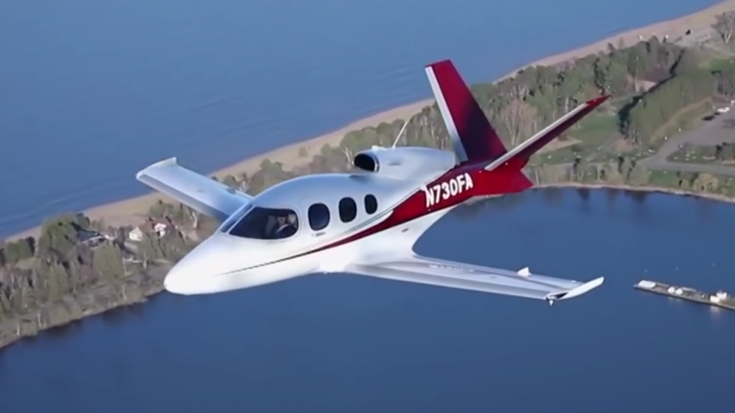 I Would… If I Could…

That is, if you have around $2 million to spare. You know, money that’s just lying around waiting to be spent on unnecessary luxuries. Because really, who needs a car when you can fly your family from one place to another in style?

So if you’ve been dreaming of flying your very own private jet, this is your chance because the manufacturer made it relatively easy to fly and operate. The interior looks sleek and sophisticated too. Although you probably can’t bring all of your friends because it can just accommodate five adults and two children.

“It’s the only private jet to be built entirely out of carbon fiber, the only jet with a whole-plane parachute in case of emergencies, and the only single-engine private jet on the market, which keeps operating costs low.” – Eric Adams

It’s so safe that there’s no way you can crash the jet. Why? Aside from the parachute, the computers can detect when the pilot commits mistake and it reins in the aircraft.