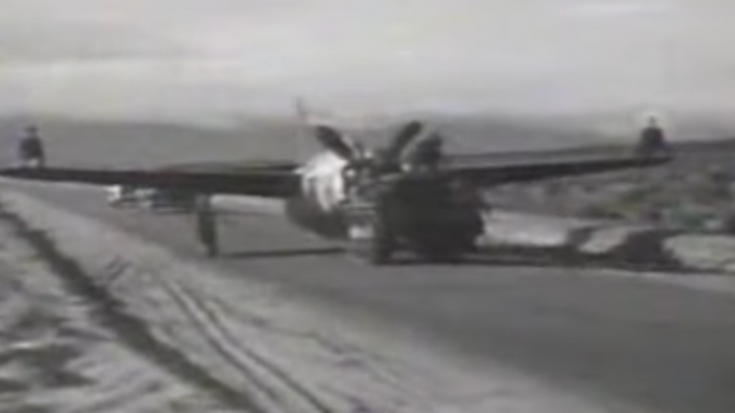 The Jet Age is often associated with the 1950s as America was thrust into a high-speed world of aerial travel brought on by the birth of the jet engine. Every journey begins with a first step and the moment that launched the United States into the Jet Age with the first flight of the P-59 Airacomet.

On the morning of October 1st, 1942 America’s first jet-powered aircraft was wheeled out of its hangar to begin testing. The calm sunny skies above Muroc Dry Lake test pilot Bob Stanley completed the first flight of the P-59 staying low to the ground. After an amazing trial run, he handed it over to another test pilot to try out.

“My recollection of the first flight was at the moment of leaving the ground it was so quiet. But normally that’s the period when you’re maximum vibration, rattling and the shaking of the piston engine. But because of the type of propulsion rotary instead of piston it was very smooth. It made a tremendous impression on me.”

The project was made under extreme secrecy over the course of a year as General Electric and Bell pushed towards their goal. In fact, when the Bell P-59 was wheeled out into the public it was outfitted with a fake propeller as to avoid suspicion of a new type of aircraft.

The P-59 never lived up to the standards of the United States of Army Air Force after the current fighters proved to be more viable. However, we can’t forget the contributions of the fight American Jet and how it launched the world into the Jet Age. Historic footage of the first flight and an interview with Bill Craigie can be seen in this clip.