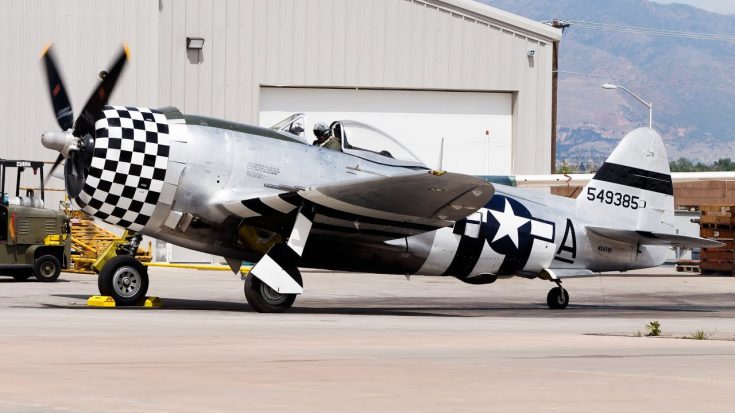 A rare P-47D Thunderbolt was steen starting up its engines at Colorado Springs Municipal Airport. Spectators at the scene get to see it taxi to the runway before taking off elegantly. At the end of the video, the Jug did a low pass, to the crowd’s surprise.

This aircraft was constructed in 1944 and was based at Rosieres-en-Haye Air Base in France. On December 18, 1944, pilot Lt. Russell Kline was credited with a kill against an FW-190. After the war, it was operated by the Peruvian Air Force until the Confederate Air Force took hold of it in 1973. It underwent a complete repaint, including painting the name “Unadilla Killa” after the hometown of Lt. Kline.