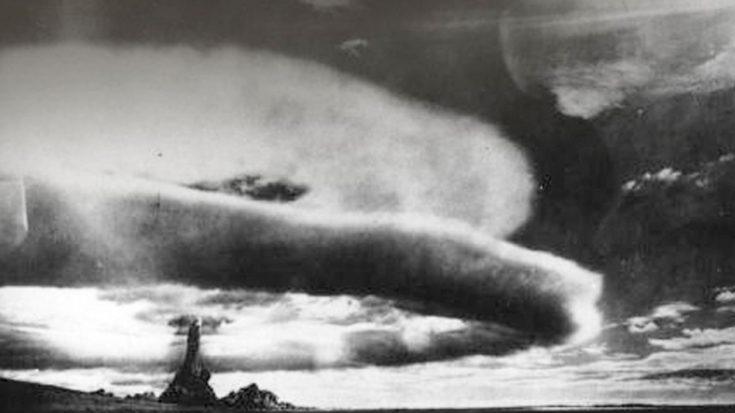 Following the defeat of Imperial Japan at the end of WWII, the Soviet Union knew that nuclear weapons would wage the wars of the future. The United States took the first step with the development of the atomic bomb but the Soviets caught up with atomic weaponry of their own. By this time the Americans moved ahead to hydrogen bombs, the Soviets caught up a few years later with some unexpected results.

On November 22, 1955, the Soviet Union prepared to test their first hydrogen bomb formally known as RDS-37. This bomb had a yield of three megatons and was set to be detonated at their Semipalatinsk Test Site. The creators of this bomb could have added a stronger yield but they went lower to assess the results.

Despite the diminished power of this hydrogen bomb, an unexpected weather phenomenon gave it much more power. Unbeknownst to the testing crew, an Inversion Layer was lingering above Semipalatinsk. This added a layer of gasses which cause an increase in temperature in conditions where they wouldn’t be present.

This increase in temperature added some interesting results to the hydrogen bomb that the experts could not have anticipated. See for yourself what these interesting weather conditions can do for a massive nuclear weapon.

“Although the inversion layer didn’t reflect all of the force of the bomb, a lot of the energy that was meant to shoot up into the upper atmosphere was reflected back down towards the ground.”