Rarest Flight: The Last Airworthy Lancasters Like You’ve Never Seen Them Before 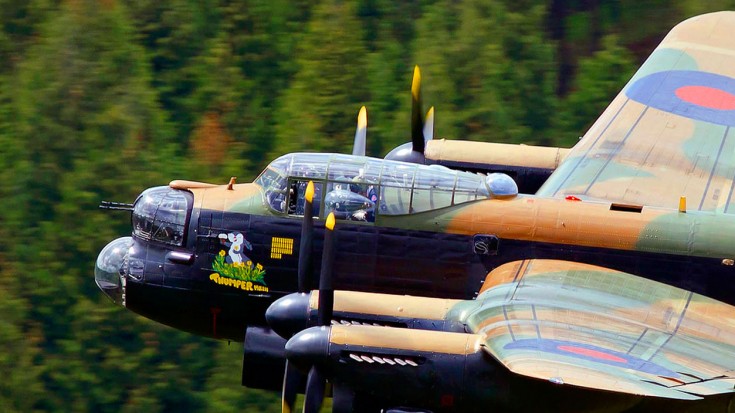 This Was Truly A One Of A Kind Event

This spectacular video was shot over the Derwent Dam in Derbyshire where Lancaster crews practiced dam busting approaches during World War II. In 1943, Operation Chastise was carried out by the Royal Air Force No. 617 Squadron in order to disrupt German manufacturing and mining. As this mission used newly developed ‘bouncing bombs,’ the pilots needed to be within a certain distance from the water surface for the bombs to be effective. In this iconic video, these two rare Lancasters are reenacting those flight paths.

During this tour, Thumper and Vera visited 60 shows in just 35 days.

Out of the 7,377 Lancasters built from 1941 to 1946, only two remain airworthy. As of recently, there is technically only one, as Thumper suffered an engine fire on the way to one of her shows. Her future is uncertain however all efforts are being made to get her back in the air. Vera, the other airworthy Lancaster, also suffered engine trouble in 2014, however, it was replaced for the time being as the other is being fixed.