RC A-10 Attempts Landing With Both Engines On Fire 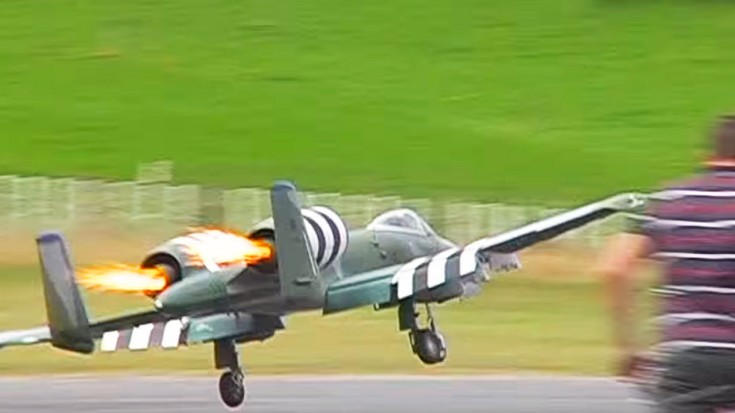 Glad Everyone Jumped On It So Quickly!

Remote controlled planes are pretty awesome. As aviation enthusiasts, it’s always pretty great to see them fly, especially if it’s done right. The planes have to be big, from the World War II era (awesome jets like the A-10 are ok) and in skilled hands. This is exactly what we found here.

The uploader of this video put in some thoughts about what was going on during the video as well. At first, the pilot and crew had a difficult time starting the engines, but they got one going and then started working on the other. He then explains that maybe the idling jet was overheating while they were working on the other one but who knows.

This incident was captured at the ANZAC international jet meeting in New Zealand.

They managed to get both of them going and the A-10 was ready for takeoff. Shortly thereafter however, the A-10 started showing signs of trouble.

First the left jet engine started flaming, so the pilot turned the plane around and got everyone ready for an emergency landing. Then of course, the other engine caught fire as well so the owner didn’t waste anytime and immediately put her down.

With all the haste and chaos, the approach looked a bit hairy but she hit the tarmac pretty well. The crew ran up as fast as they cold and put the fire out, so now this A-10 can live to fly another day.