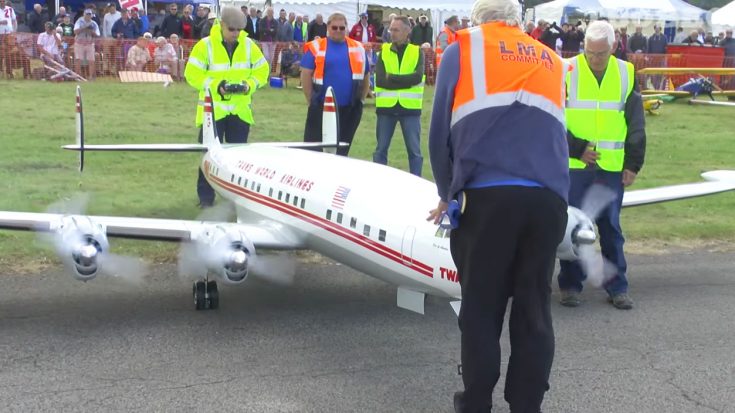 This Thing Sounds Absolutely Fantastic Too!

Some people just have a knack for things. For these guys, it’s building one helluva impressive remote control plane, that’s for sure. The video below will also show you they can fly one just as well as they can build one too.

The team you’re looking at is Keith Mitchell, the owner of the plane, and a bunch of his pals who helped him build his dream Constellation. Oh, we forgot to mention this entire aircraft was built from scratch. Yes, everything you see was crafted piece by piece.

We went through the description of this video and found out a couple of cool facts. For one, and most of you are probably asking yourselves this question, it took around 5,500 hours to build this model, spread out over 5 years. This was the first official flight in front of a paying crowd, and as they wrote, people were not disappointed.

This truly is a one of a kind aircraft.