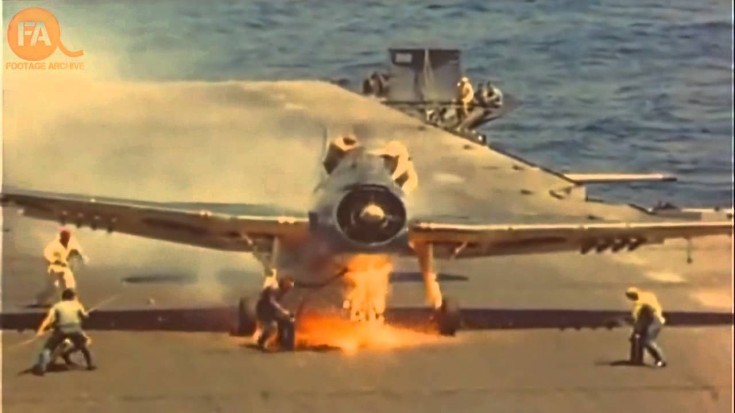 Any pilot will tell you carrier landings are pretty tricky. The ship’s rocking on the ocean going about 34 mph, your plane is battling wind and you better be able to stop or you’re up for another approach.

During World War II however, most of the helpful technology we have today did not exist, so the pilots had only their skill and a landing signal officer to help them settle the bird. Not to mention the carriers were significantly smaller than they are today.

A pilot once quoted that landing on a carrier is like landing on top of a five story building during an earthquake.

As you’ll see in this video, the pilots returning from combat had even more to worry about. Not only did they have to land their planes on these small decks, they came in with damaged planes.

Some had missing landing gear and had to compensate for it while landing while others had engine troubles to say the least. It’s truly amazing to watch these pilots attempt to land with severely limited options and still manage to land as they did. It really puts into perspective the everyday struggle these pilots went through, even if they made it back from a mission.