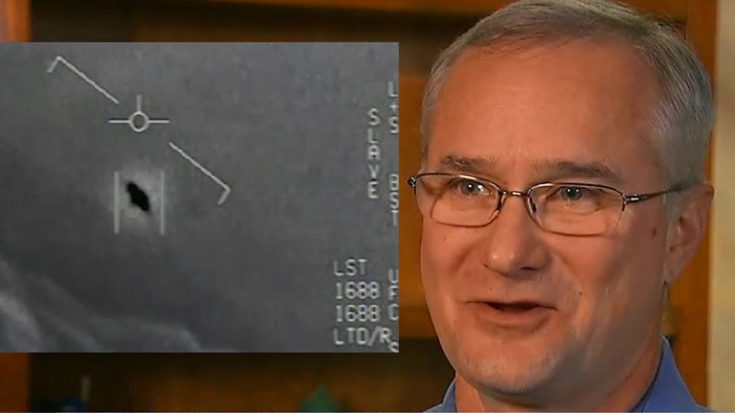 Yesterday the world was turned on its head with the revelation of a Pentagon Program set up to study unidentified flying objects. The program known as The Advanced Aviation Threat Identification Program was hiding in plain sight with a $22 million budget from the department of defense. You have probably seen the footage of the mysterious object and now the pilot who saw it is speaking out.

For 18 years David Fravor served as a US Navy pilot flying F/A-18 Super Hornets aboard the USS Nimitz. He had a spotless record as a fighter pilot and achieved the rank of commander for his excellence. He became very experienced in the realm of flight and thought he had seen it all, but that wasn’t the case. Things changed on November 14th, 2004 as he flew 100 miles off the coast of San Diego where he spotting something that he couldn’t imagine. The 40-foot object was fast, agile and had acceleration unlike anything that Fravor had ever seen in his time.

“I’m not crazy, haven’t been drinking. It was — after 18 years of flying, I’ve seen pretty much about everything that I can see in that realm, and this was nothing close.”

Fravor does hold quite a bit of experience and a hefty rank in the Navy to back it up, the declassified footage also adds weight to his claim. The full interview and film from the encounter can be seen in this clip.