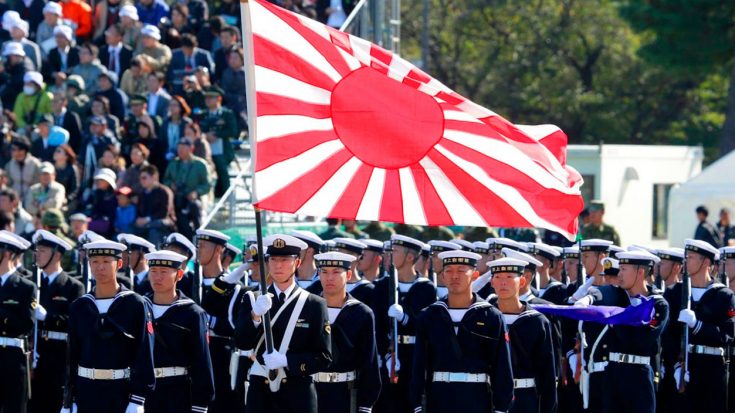 When World War II ended in August of 1945 the United States with Japan worked together to forge an alliance and rebuild the shattered nation. Through this reunification, America and Japan became alliance where they were once bitter enemies. Despite all the efforts to make nice, there is a small sect of the Japanese population that actually wants the nation of Japan to rise and return to its Imperial roots.

Nippon Kaigi which translates to Japan Conference is the group that seeks to return the nation to Military Empire. It doesn’t sound like something to take a second glance at but the group boasts 38,000 members one of which is Prime Minister Shinzo Abe. The main focus of this group is to eliminate Article 9 in the post-war Constitution of Japan which prohibits them from having an army.

“In the increasingly intertwined world, we can’t ensure the peace of our nation without proactively taking a role in the peace and security of the world. Why don’t we take steps forward on the issue of constitutional amendment?”

Japan is feeling the pressure from North Korea, using it as a justification to create a standing army and remove Article 9. However, the objectives outlined by Nippon Kaigi would also set back gender equality by restoring the patriarchy and several teachers have objected to their goals because they seek to rewrite history books.

Their group is growing in numbers and is quite reminiscent of Imperial Japan during WWII. This video takes a look at the Nippon Kaigi movement as it gains steam across Japan.