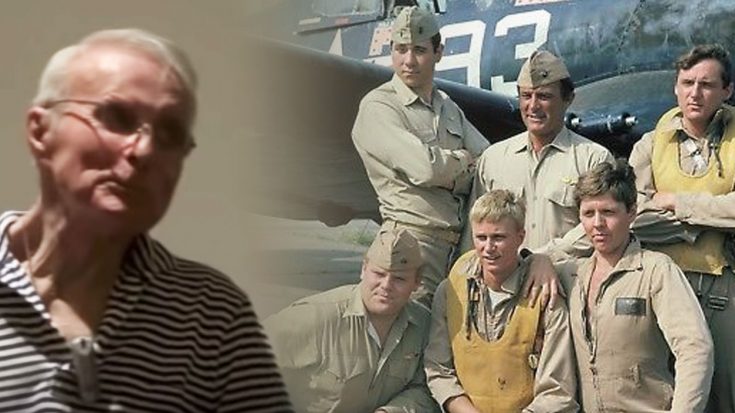 Like all things in life, all good things must come to an end. Such was the fate of one of our favorite T.V. show from back in the day, Baa, Baa, Black Sheep. We were lucky enough to watch two seasons of this rowdy group of aviators, but then it got suddenly canceled.

The question is why.

Although there were always rumors that it just wasn’t watched that much, that was certainly not the case. When it came out, The Washington Post wrote, “war-is-swell series [aimed] at anyone who remembers World War II as a rousing, blowzy, fraternity turkey-shoot.” Although that could be taken a few different ways, it basically came down to the show being entertaining at least.

In 2013, however, we learned the truth about the cancellation right from the horse’s mouth. Robert Conrad, the actor who played the lead role as the famed Gregory “Pappy” Boyington, did a Q&A about his career and a few folks asked him about the show’s cancellation.

Without hesitation, he said it was directly linked to Women Against Violence. Simply put, they didn’t’ like what they saw on the show and during that time in the mid 70s in the United States, a lot of changes were being made. For this reason, there was no more Baa, Baa, Black Sheep.

We’ve queued up the interview below to the exact moment he says that. After, however, he adds some colorful commentary of what he thought about that. He sums it up well to say the least.