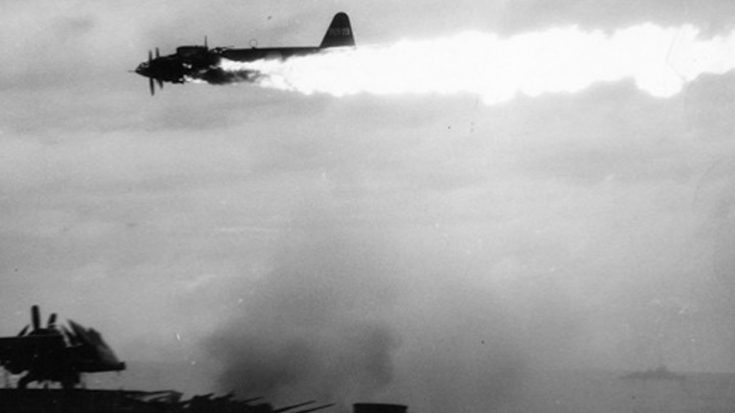 During dogfights, pilots expect their aircraft to take a few shots from enemy fighters. In the event that a fuel tank takes bullet fire, there are a few problems that could occur. The first is fuel leaking on hot equipment and causing the plane to catch fire. There is also the possibility of bullet holes causing the tank to leak, run out of fuel and crash. Explosions and crashing are scenarios that pilots typically want to avoid and self-sealing fuel tanks help to prevent disasters. “Self-sealing fuel tank” is often a point of discussion but how exactly do they work?

“When a bullet penetrates the tank it will puncture two holes. Fuel will start to leak through the holes and that’s when the magic happens. When untreated natural rubber in contact with petroleum-based liquid like airplane fuel it gets gummy and swells. The sticky expanding rubber fills the holes and stops the leaks.”

So it seems that basic rubber acts as a deterrent for leaks to save the plane. Self-sealing fuel tanks are more efficient than armor plating which could make a plane too heavy and lose altitude. Fighters such as the A6M Zero lack self-sealing fuel tanks and are at risk explosion after taking a few shots. Countless American pilots owe their lives to this simple yet incredible technology. A live demonstration from the Intrepid Sea, Air & Space Museum is shown in the following video.