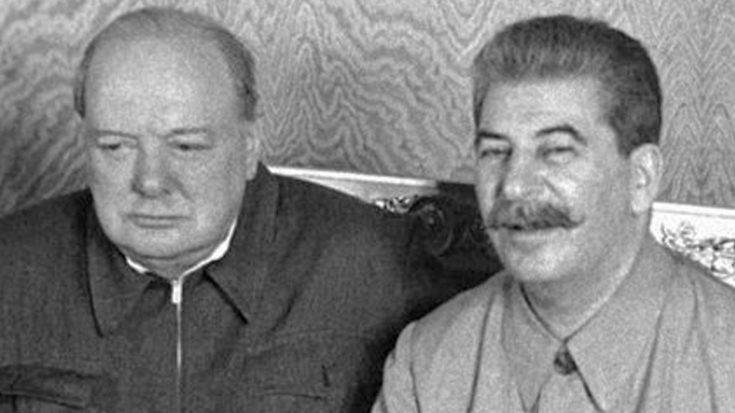 Winston Churchill was known for his bold action as well as even bolder ideas and they nearly caused a lot of trouble. After the fall of Nazi Germany, Churchill grew uneasy about the growing influence of the Soviet Union over Eastern Europe. Churchill began to view Stalin as another tyrant and came up with a bold plan to stop him and Communism.

Operation Unthinkable was Winston Churchill’s solution to cripple communism’s spread across Europe. The Allied Forces were vastly outnumbered by the Red Army and more and more countries turned to communism. To compensate for smaller numbers Churchill planned to rearm captured German soldiers in the fight against the Soviets, which would add roughly half a million units to his cause.

“[To] impose the will of the Western Allies on the Soviets.”

Unlike Hitler, Churchill knew that marching troops into the frozen lands of Russia was a suicide mission, so he planned the invasion to begin on July 1st, 1945 to take advantage of summer weather. However, the invasion would put aside when Churchill became aware of another means of defeating the Soviets.

The war with Japan still raged on at this time, but Winston Churchill became informed about a secret weapon called The Manhattan Project. He urged the Allied Forces to use the atomic bomb on Moscow and Kiev in order to cripple communism and thwart Stalin.

In the end, all of Churchill’s ideas were shut down because the Allies still had Imperial Japan to deal with and they needed Russian onboard to defeat them. Churchill could have plunged us all into World War III but instead, we had the uneasy tensions of the Cold War. This video shows an in-depth look at Operation Unthinkable and some of the theoretical military plans that came with it.