Did The Navy Attack Squadron Dropped A TOILET Bomb During The Vietnam War? 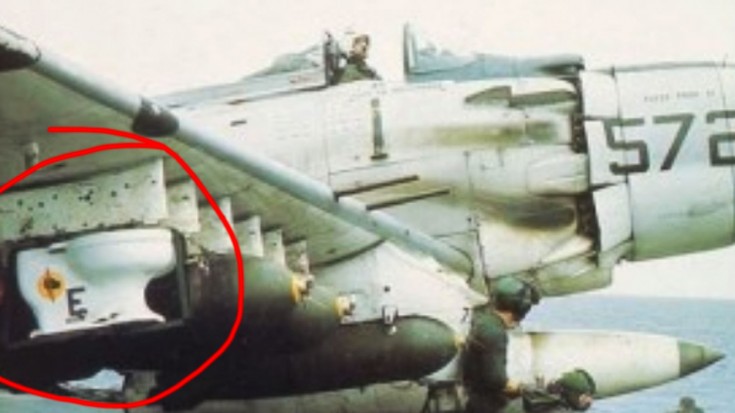 We refused to believe it at first but after seeing several accounts acknowledging its validity, we therefore conclude this is the absolute truth (no urban legends here, sorry). In lieu of an aerial bomb, they dropped a rather unusual type of ordnance — a toilet! Yes, you read that right. It’s the kind we use in bathrooms in case you’re still confused. You may think this was some major mistake but no it’s not. There’s actually a special story behind the famous toilet bomb though it’s the kind that will make you smile because you know, we need a dose of humor every now and then. 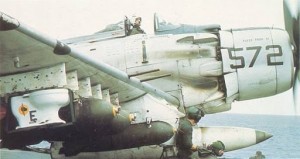 During the Vietnam War, the supply on ordnance was a little short which is why the war birds would often carry only half the load capacity. Nevertheless, the US military force still had an amazing, unbreakable spirit despite that hurdle. Because of this (and other possible humorous reasons), what better way to highlight the six millionth pound of ordnance than to add something “special” to the usual munition. So in October 1965, Commander Clarence J. Stoddard of Attack Squadron 25 (VA-25) “Fist of the Fleet” was flying a Douglas A-1 Skyraider (a single-seat attack aircraft that had a pretty remarkably successful career) aboard the USS Midway. And to “celebrate” the said commemoration, he dropped something so unexpected it evoked mixed response and reactions — confusion, shock, awe, delight. 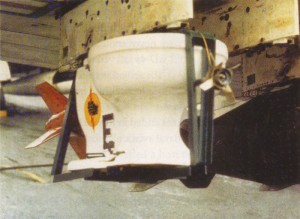 It was nothing more than a toilet. According to USNR Retired Captain Clint Johnson, “When they arrived in the target area and CDR Stoddard was reading the ordnance list to the FAC, he ended with “and one code name Sani-flush”. The FAC couldn’t believe it and joined up to see it. It was dropped in a dive with LCDR Bacon flying tight wing position to film the drop.” 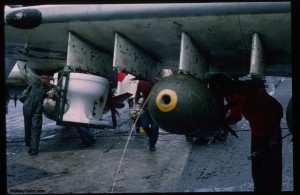 It’s not really a waste since it was a damaged toilet which was about to be thrown overboard. Might as well maximize its use right?