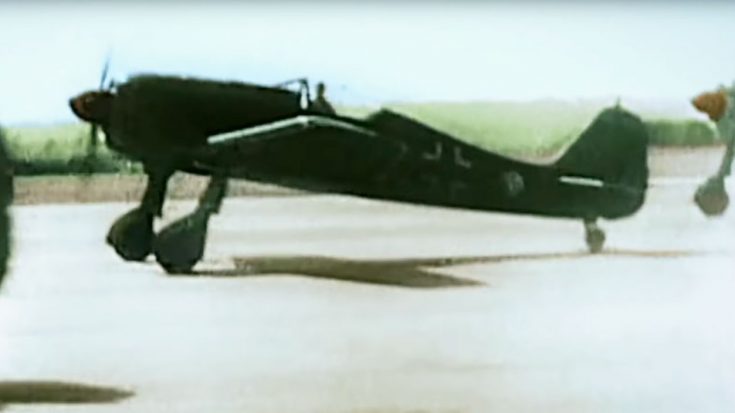 When we see films from World War II it is usually the grainy black and white kind with an old-timey reporter narrating. But every once in a while some really amazing footage of WWII emerges and this is one of those moments. Some really amazing color film of World War II captures some great battles and it even has audio to match.

Here we can see a variety of conflicts across the beautiful German countryside as it becomes ravaged by war. The sounds of war are present at every stage here as guns fire, planes soaring, tanks rolling and artillery blasting. The sounds we often think of as special effects in music in movies are in actuality very real on the battlefield.