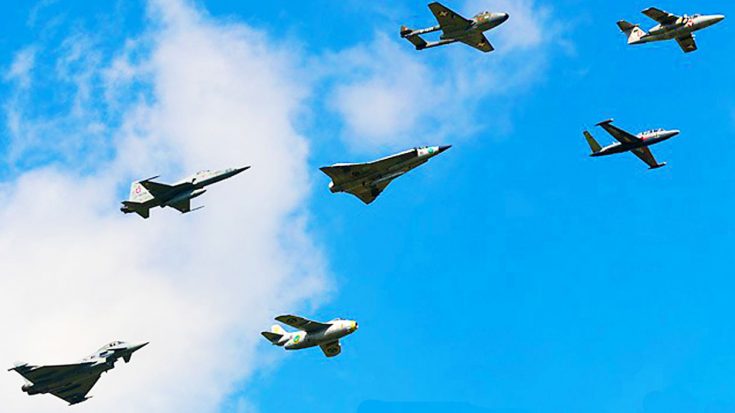 There is something to be said about the evolution of the fighter jet. From its humble beginnings as the Me 262 through development into modern Fifth-Generation fighters they have gone a long way. Respect the past while embracing the future and the best way to pay tribute is to unite them at once.

At the Airpower Air Show, a wide assortment of fighter jets united in a dynamic display. These fighters included a De Havilland Vampire, a Tunnan, a Fouga Magister, an F-5 Tiger II, a Saab 105 and a Draken. These jets range from post-WWII to ones that endured into the early 21st century.

“It is particularly nice to have several generations of airplanes flying together, and we have a historic Jet formation in Sweden, which is always very popular with the public. So I was very proud to be part of the Historic Formation of the Austrian Armed Forces. This is definitely something special.”

These jets aided the world of aviation to become what it is today. These jets are still in amazing condition and fly in a stellar form. See what these seven amazing fighters can do when they unite in the sky in this clip.