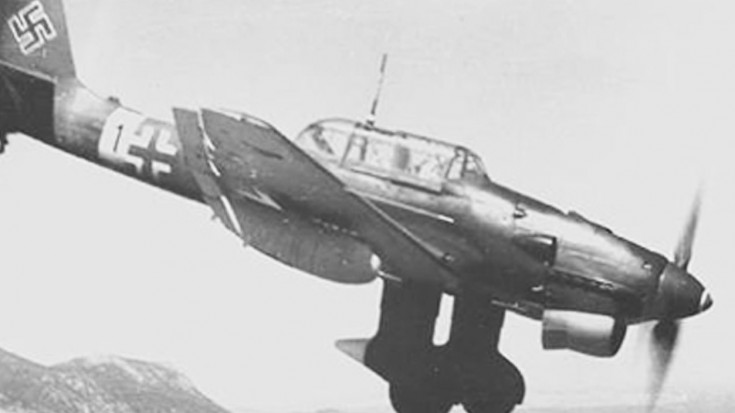 See For Yourself If This Works On You!

The Ju 87 otherwise called Stuka, was a German dive bomber and ground attack aircraft made by the German company Junkers. The earliest designs for the plane date back to the early 1930s with the first official model taking flight in 1935. It was quite a modern design for their time and served well during blitzkrieg attacks by Nazi Germany in the beginning stages of the war. Once the Bf 109s and Fw 190s came on the scene however, their Stukas started to show their age and were slowly phased out.

The Jericho-Trompete, or Jericho trumpet was a wailing siren that was meant to scare enemies on the ground

Other than their service record, the most notable feature of the the Stuka was the Jericho trumpet which was usually installed over the front of the main gear. The idea of the horrifying sound they produced was to weaken enemy morale while approaching targets. Also, once a Stuka squadron got into formation while diving, their combined sound added a tremendous amount of intimidation to the enemy. Not only were the troops or civilians on the ground already anticipating bombs to drop, in addition this sound served as a brain piercing indication that you were going to be in a lot of trouble in a couple seconds.