F7F Tigercat Pilot Pushes His Warbird In This Roaring Clip 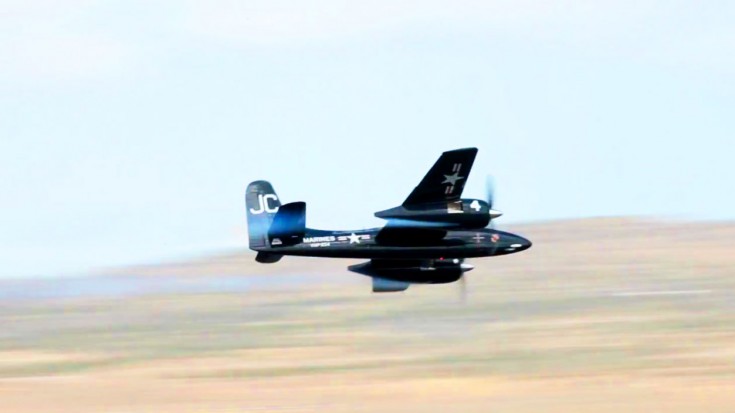 As of this writing, there are only 7 airworthy Tigercats around the world, with a few others under restoration and waiting to fly again. Overall, there were only 364 Grumman Tigercats built overall, as they were introduced in 1944 right before World War II ended.

With the military no longer needing additional aircraft and with the advent of jet power engines, the few Tigercats that were built were scheduled to be scrapped. A number of them were saved, however, as they were deemed surplus and could be purchased by the public.

Here are some specs of this rare warbird:

The Tigercat in this video is a 3P variant with the serial number 80425. She rolled off the assembly line in 1945 and as an F7F-3P, was a converted into a photo-reconnaissance aircraft but like most Tigercats, never saw any action.

Over the next two decades she was used briefly as a farm plane, and in the 70s was converted into a tanker. With modifications, she put out forest fires in California and was finally acquired by a museum in Kansas where she was refurbished.

Her current Marine markings were put on her by The Fighter Collection, a museum in Duxford, U.K.