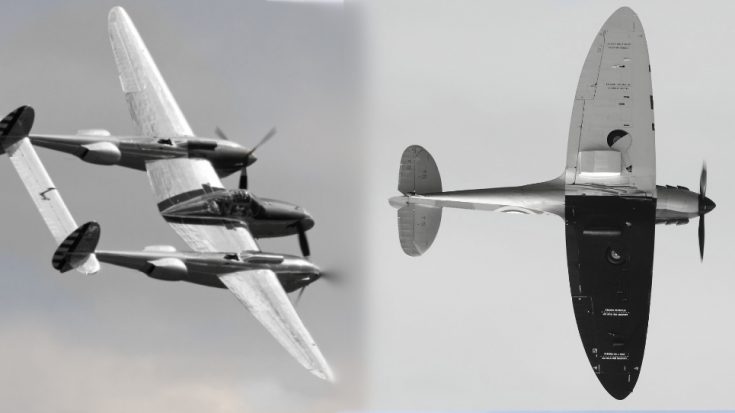 Harry “Butch” Freeman had just been sent on air-sea rescue mission. He was circling protectively above the downed Australian pilot in a dinghy when, out of nowhere, some American P-38 Lightnings appeared.

To Harry’s surprise, one of the American pilots pulled a dishonorable move; he started strafing the dinghy.

So Harry, thinking maybe the Americans thought there was a German down there, turned sideways to show the unmistakeable elliptical wings of the Spitfire. Instead, the same pilot fired on him too!

Harry received a direct hit. Injured in the arm and leg and without radio, Harry flew over 100 miles back to base. Still bleeding, he found he had no flaps and no brakes as he attempted to land, but the skilled pilot managed to bellyflop in the sand before being rushed to the hospital.

After some time in the hospital, Harry was visited by some Americans – the same ones in the flight that shot him down! As part of their apology, they brought him ice cream and cigarettes and told him that the pilot that shot him down was actually the best pilot of the bunch. We’re guessing that squadron didn’t win any awards.

Harry gave the cigarettes away because he wasn’t a smoker, but he did enjoy that ice cream. It must have been the best ice cream in the world because, as you can see from this interview, Harry simply laughs off the entire encounter. He has no hard feelings.

But what we really want to know is: was the Australian pilot okay?

Check out Harry’s interview in the video below!