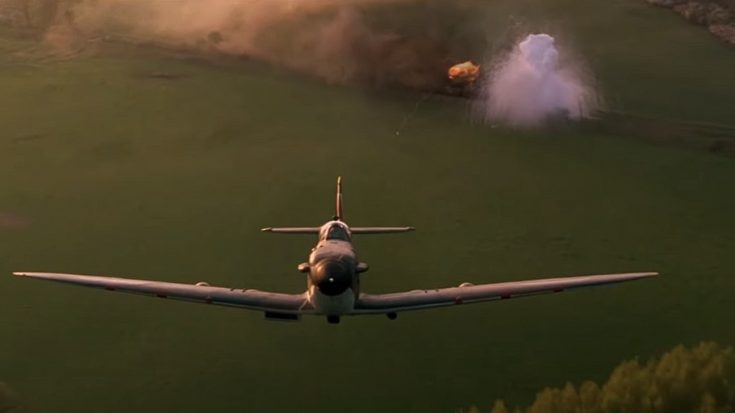 Seeing these two Spitfires go up against this train really gets your blood pumping. What they thought was an unsuspecting train actually had an AA gun on its back. Karel was unfortunately shot down but Fanta soon rescues him.

For a movie made in 2001, it looks ahead of its time. This is mostly due to the fact that computer imagery and full-scale aircraft were used during the aerial scenes. The movie, “Dark Blue World”, cost about $9.5M to make which made it the most expensive Czech film at that time – and it was worth every penny.

It was the most popular Czech film the year it was released and got a lot of awards and nominations to boot.