Spitfires Chasing Each Others’ Tails: Sure Beats The Cubicle 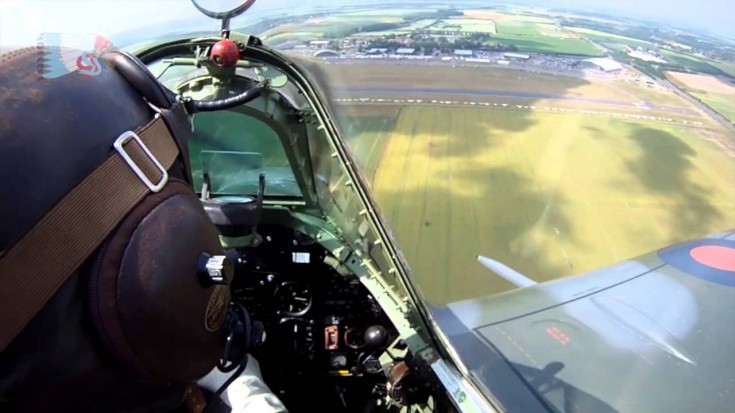 That’s One Game Of Tag I’d Love To Play

The Flying Legends have provided some awesome airshow footage yet again. These up close and personal camera angles give you some amazing first person vantage points as well as ground views of the chases with all the Merlin sounds you can handle. Designed as short-range interceptors, the Spitfires were Britain’s top fighters. Their distinctive elliptical wing design allowed them to achieve a higher top speed as well as make tighter turns.

The Spits as they were called, also boast some of these features:

The Spitfires were the backbone of the Royal Air Force and were the most widely produced fighter planes in Britain. These 1,000-1,700 horsepower fighters were instrumental in the Battle of Britain among with their fighting companions, the Hawker Hurricanes. Although the Hurricanes had far more kills than the Spits, it was mostly due to the sheer number of them and because they were in service longer. Statistically, the Spitfires had a higher kill to loss ratio.