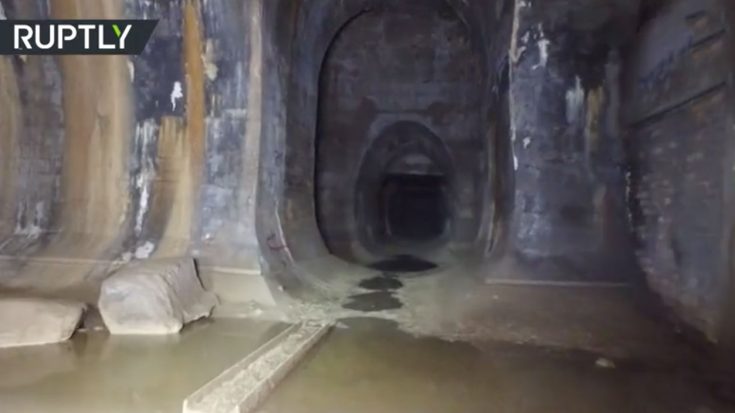 The Germans were known for their ability to efficiently produce anything their military needed during World War II. Skilled engineers with plenty of factories at their disposal could quickly make their creations a reality, which is one of the key factors of aviation getting a major technological boost during that period.

Their ability to build infrastructure, however, was also as great. The clip below will show you exactly that.

The video below is of the Regenwurmlager which translates to Camp Earthworm in English. As you can imagine, it was named that as the tunnels connecting the various bunkers and rooms snake around the countryside like the slithery creature it was named after.

Built over the span of twenty years between the 1920s and 1940s, this compound was created as a training camp and a reserve storage facility. It was abandoned when Nazi Germany lost the war in 1945.

One of the other uses of this compound was to give German soldiers a safe area to rest when traveling. Located a little over 100 miles from Berlin, this quaint town of some 18,310 residents still draws a lot of attention because of this structure.

The location is now open to the public for exploration, drawing many tourists and visitors into its dark and almost haunting corridor walls. Get the tour in the video below.