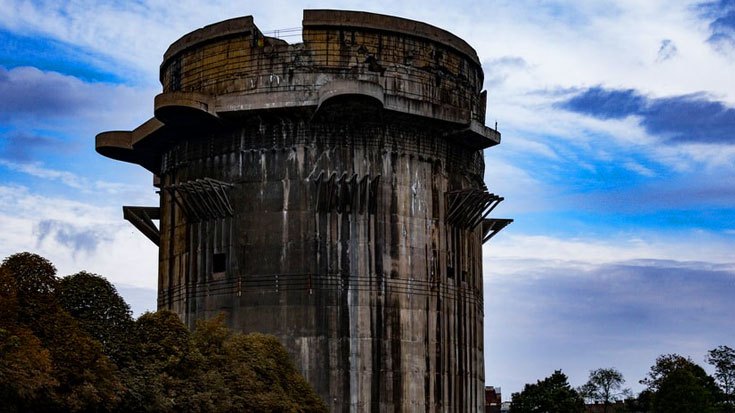 In the final days of the Third Reich, the Allied Forces and the Soviet Union raced toward Berlin to overthrow Nazi Germany. The Red Army reached Berlin first and encircled the city hoping for a quick victory to seize German technology. However, their victory was not as swift as they hoped for as they were held back by the seemingly invincible Flak Towers.

In 1940 after Germany began to suffer Allied bombing raids, Hitler ordered the construction of flak towers to deter enemy aircraft. The towers were usually built in groups of three in order to cover a range of ten kilometers using multiple Flak 40 guns. These powerful artillery guns did not have the best track record for shooting down bombers but found a better use

Adolf Hitler had his own bunker for protection but the next best thing was the flak towers built around Germany. As the Red Army approached the flak towers were used as safe houses for civilians during a bombardment. The Red Army gave it everything they had but even their most powerful artillery could not put a scratch into the Flak Towers.

After the fall of Nazi Germany, there were many attempts to destroy the Flak Towers but only one of them was successfully demolished. The others have found lives as centers for energy renewal, one as an aquarium and another as a nightclub. They remain a symbol of Germany’s past in the Third Reich but they are still a marvel of construction. Real Engineering takes a deeper look at the design of the Flak Towers and what makes them so indestructible.