Stuart m3 with radial engine, start up and drive 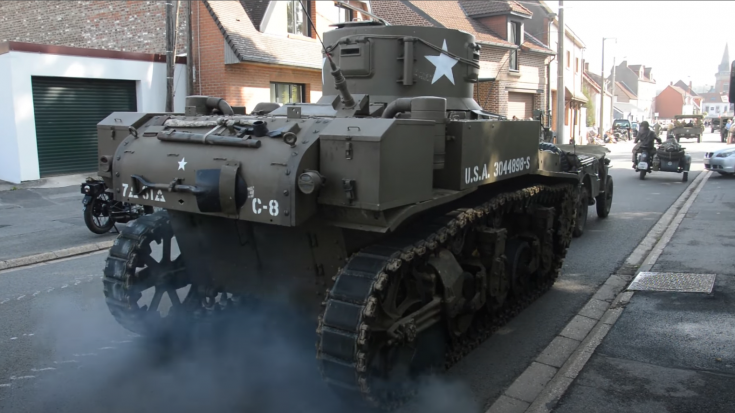 The families of Souchez, France, had quite a fantastic start to their mornings. A number of WWII-era vehicles decided to use their roads on the way to an event.

The first part of the video features an M3 Stuart starting up its radial engine on a busy street. According to the uploader, the tank was a fully restored M3A1 variant with a gasoline-fueled 7-cylinder Continental air-cooled radial engine. The engines used for the Stuart were initially designed for aircraft use.

Stuart Light Tanks were first used during the North African campaign by the British Forces in Operation Crusader. Later in the war, the tanks were relegated to reconnaissance and guarding/screening roles.

Hear how hungry that radial engine can get in the link below!