Stunning Lowpass Of A Wildcat and Texan: Just Listen To That Low Roar 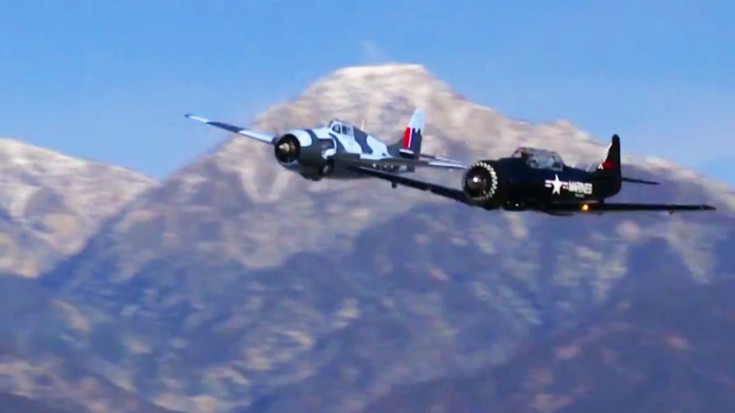 This footage was shot during the 2013 Cable Airshow. Founded in 1945, the Cable Airport in Upland, California has been sponsoring airshows for the last 40 years. This airstrip has quite a history behind it too. It’s actually the world’s largest family operated airport and home to over 300 aircraft. Dewey and Maude Cable moved from Iowa to Southern California to be farmers as The Great Depression hit hard. John, Dewey’s brother, a pilot who flew for the United States Postal Service, introduced him to flying and the rest is history. By 1945, they laid down a few runways on their land and now support all types of aviation.

This year, 2015, is the 70th anniversary of the Cable Airport in Upland California

The planes in this clip have quite a history behind them as well. The T-6 Texan, often called a Harvard by the British, were North American Aviation’s trainer aircraft. They are now commonly used in airshows around the world. The Wildcats on the other hand, were produced by Grumman and served in the U.S. and British navies. Introduced in 1940, they were the best fighter planes available in the early stages in the Pacific Theater, fighting with a kill-to-loss ratio of 7:1 against the Mitsubishi A6M Zeros.