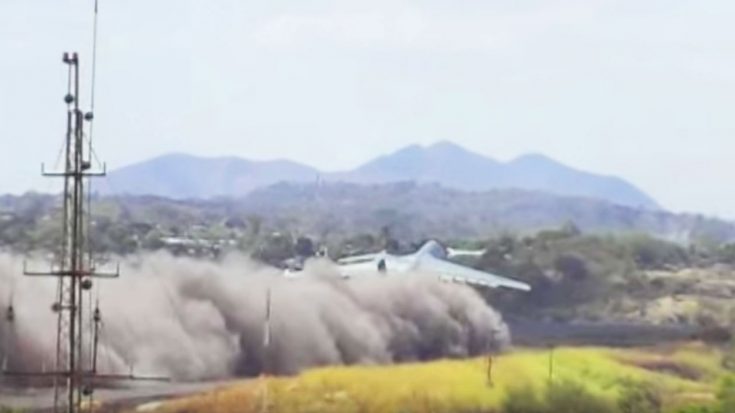 Wonder What The Conversation In The Cockpit Was Like.

What we’re getting at here is that landing can be a real challenge.

Taking off, however, should be pretty straight forward, no pun intended. For a transport like a C-5, for example, it’s all about loading up, making sure the weight is right, going over the checklist and off you go (we know this is an oversimplification but you get the gist.)

In this video, you’ll see a C-5 that is flying on their calculations alone with no option to abort after a certain point. Filmed at MSSS (Illapango International Airport) in El Salvador, this Galaxy crew had quite a white-knuckle takeoff. Probably maxed out on weight and facing a tailwind, these guys seriously took every inch of that runway to takeoff.

Check it out. It’s pretty sweat-inducing.