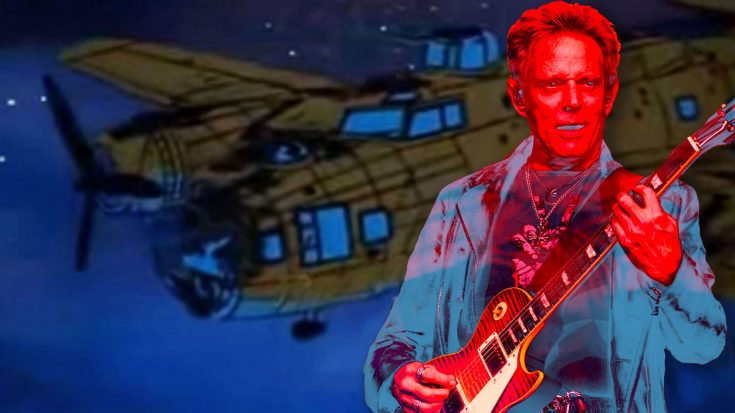 Think back, way back to 1981 when one of the first R-rated animated fantasy cartoons came out in theaters. Complete with spaceships, robot, swords, zombies, and dinosaurs, this production became an instant cult classic despite its original reviews back in the day.

We are, of course, talking about Gerald Potterton’s Heavy Metal. Broken down into 10 stories (1 was cut from the final film version due to time constraints) the series revolved around a bad guy named Loc-Nar who was the “sum of all evils.”

All the stories in the series were related in one way or another to that particular character and he was often depicted as a green light. In the clip below, Loc-Nar traveled all the way back to World War II and occupied an Allied bomber in the form of said light and the end result was nothing less than trippy.

The B-17’s name in Heavy Metal was Pacific Pearl, but no explanation was given as to why and whether or not that played any significance.

The story we’re concerned with here is the 7th one which centers around a B-17 crew fighting during World War II. The images depicted are a bit disturbing, but we’re all adults here.

In the clip, the crew of Pacific Pearl, as she was called, was getting hit by flak and enemy intercepting fighters and most of them got killed. Then Loc-Nar appears and finishes off the remainder of the crew, something you don’t forget if you watched this as a kid.

To top things off, the entire sequence has Don Felder’s Heavy Metal playing in the background which only adds to the ambiance.