Half Way Through He Just Opens The Canopy To Add To The Experience. Talk About Envy. 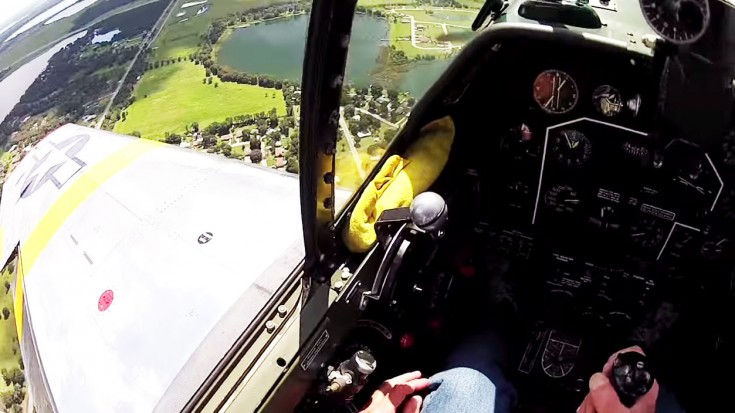 First-hand Glimpse From The Cockpit Makes You Feel Like You’re There. Well, Almost.

Mustangs are considered one of the most iconic World War II fighter planes, both because of their overall performance but also because of their looks. Designed by North American Aviation, their combat performance was so stellar that over 15,000 of them were produced. One of the most significant advantages of the Mustangs was their range, as their ability to fly 1,650 miles made them excellent bomber escorts, limiting the high casualty rate of raids.

Here are some quick facts about these awesome fighters:

Mustangs were the United Nations’ main fighters at the beginning of the Korean War as well. When the F-86 took over their role at the dawn of the jet age, its role became that of a specialized fighter-bomber. After being decommissioned from service, Mustangs were converted for air racing while others are used during airshows as they were made available to the public for purchase.