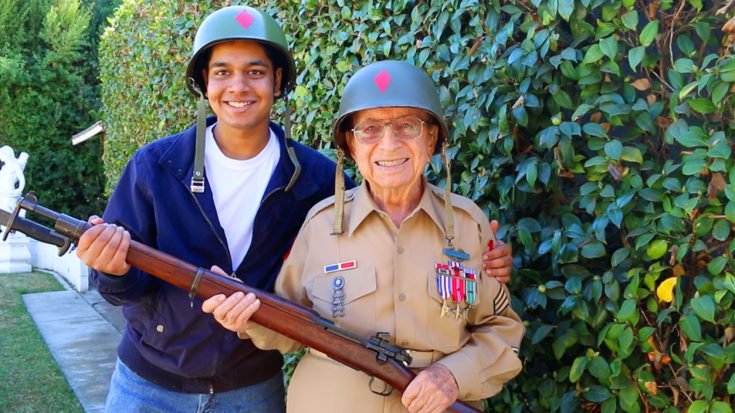 Heroes of the Second World War

Rishi Sharma is a 19-year-old with a passion for World War II History. The veterans of WWII are rapidly disappearing and young Rishi has taken it upon himself to preserve their history. He has begun a series of interviews with the veterans called the Heroes of the Second World War.

“I am 19 years old and I have been on a mission to interview at least one WWII combat veteran every single day until the last one passes away.”

Rishi began this series of interviews by talking to veterans at a local retirement home and then began expanding his area. He conducted over 270 interviews so far at a length of about four hours each and doesn’t plan on stopping anytime soon.

“Our mission is to in-depth film interview all the surviving combat veterans of World War Two. By doing this we are giving the greatest generation the opportunity to share their wartime experiences and life advice for future generations as to highlight the true cost of war.”

On average, about 500 WWII veterans pass away each day. Rishi Sharma is doing the world a great service by hearing their stories when no one else will. The History Channel has a sneak preview of Rishi’s work in the clip below.