“The Bridges at Toko-Ri”- F9F’s Scene 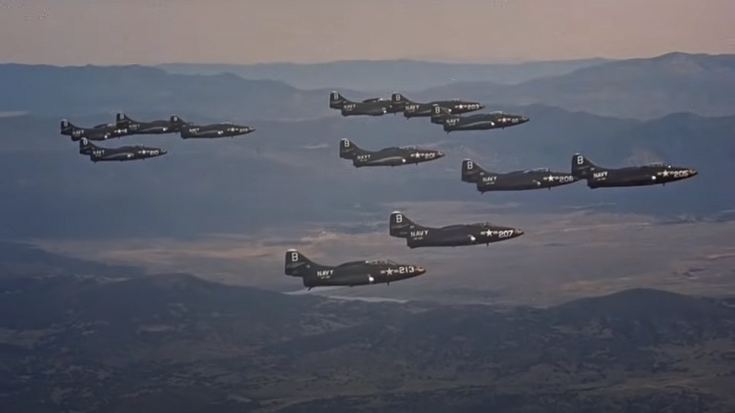 You Can’t Miss It!

The number of planes this movie used for these shots is commendable. Amidst the F9Fs, F2H-3s, and AD-4s, we also see the Sikorsky in action.

If you’ve seen this movie, the scene where twelve F9F-2 Panthers flying in formation has been ingrained in your brain. There aren’t a lot of aviation scenes that could replace that. The cinematography alone will leave you in awe.

The squadron who flew these Panthers is actually a real US Navy Fighter Squadron, VF-192. Back then, they used to call themselves the “Golden Dragons” but after this film’s success, they opted to rename it “World Famous Golden Dragons”.

With how cool these flying maneuvers were, it’s safe to say that they earned their new name. The movie wouldn’t be as good if it wasn’t for their flying!