The C-5 Galaxy – An Inside Tour Of The Large Aircraft 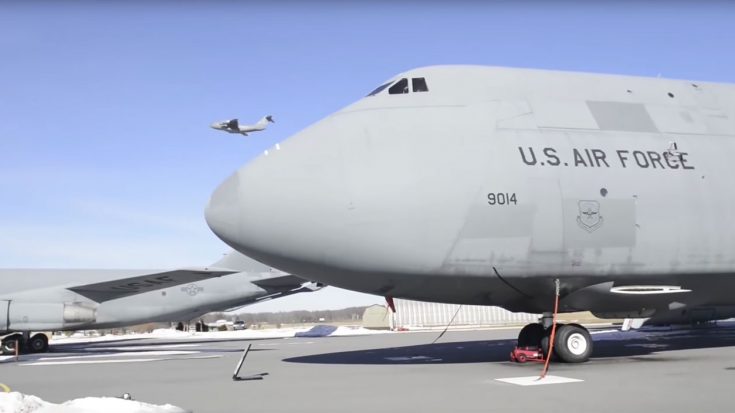 It’s no secret that the Lockheed C-5 Galaxy is certainly one of the biggest aircraft in the sky. We hear about them loading up tanks, helicopters, cargo transports and still have plenty of leg room for 75 passengers. The C-5 has been serving the US Air Force since 1970 and no plane does it better when it comes to moving heavy loads of military cargo.

“As the Air Force’s largest and only strategic airlifter, the C-5 Galaxy can carry more cargo farther distances than any other aircraft. With a payload of six Mine Resistant Ambush Protected vehicles (MRAPs) or up to five helicopters, the C-5 can haul twice as much cargo as any other airlifter.”

The Galaxy has proven to be a reliable transport in every American conflict since the Vietnam War. Staff Sergeant Marsh from Dover Air Force Base gives us a tour through a C-5 Galaxy very much in the style of MTV Cribs. It’s great to see the guys from the Air Force having a sense of humor while providing great information about the C-5.