The Craziest Mustang SCREAM Ever Recorded–It’ll Give You Chills 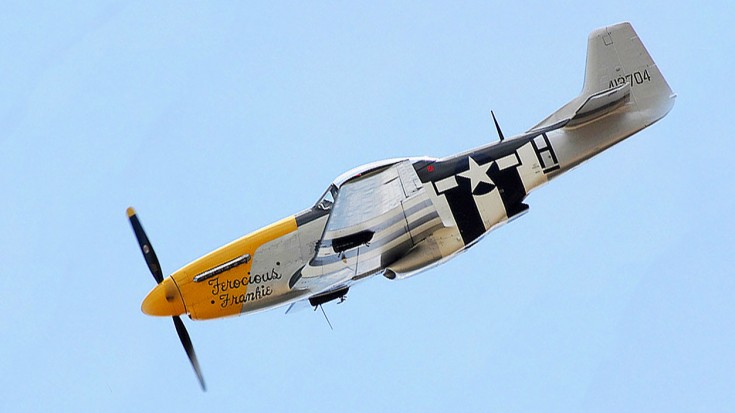 Mustangs And Corsairs Have The Best Sounding Dives!

P-51 Mustangs are one of the most iconic World War II fighter planes. Excellent dogfighters, they were used extensively as escort aircraft. Able to travel over 2,000 miles and with a service ceiling of 41,900 ft., they made the perfect protectors for B-17 Flying Fortresses and other Allied bombers. As the bombers could only do so much to protect themselves against faster and more maneuverable interceptors, the Mustangs were a great addition to these missions.

This particular Mustang named Ferocious Frankie rolled out of the assembly line on February 2nd, 1945 in California. She was assigned to the infamous 8th Air Force an served there for about a year. After retirement, she was passed around quite a bit for the next four decades. Most notably, Ferocious Frankie became a racer in the 70s and finished second at the Unlimited Race at Reno. Shortly after that, she was purchased by her current owners, the Fighter Collection. After giving her a new paint job, she was known as Candyman/Moose. In 1989, she was given her latest overhaul, where she was renamed Ferocious Frankie and had a ‘dickey’ seat installed allowing her to carry a passenger.