The Dangers Of Booby Traps Eloquently Presented By Private Snafu. That End Though…Gotta Love It 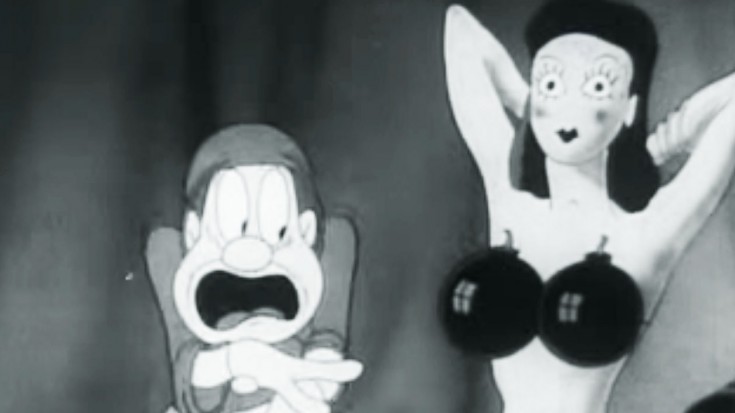 Well, If You’re Going To Talk About All The Things That Could Go Wrong, You Might As Well Make It Funny

What better way to teach young soldiers the dangers of the war than through a carefully crafted, funny cartoon? That’s exactly what the War Department did during World War II and although a military secret back then, it is nowadays free for our viewing pleasure. Written by legendary Dr. Seuss, Philip D. Eastman and Munro Leaf, the Private Snafu series was geared toward teaching new soldiers the basics of military operations.

If you are a boob, you will be trapped.-Narrator

In this particular episode, the Private Snafu walks into abandoned enemy territory and is forewarned about the enemy leaving booby traps behind. They could be disguised and ingenious in nature to lure soldiers into them, while other can be just common place objects waiting for an unsuspecting victim. Overall, although educational for soldiers, you’ve got to admit that this is some of the funniest stuff you’ve seen in a while.