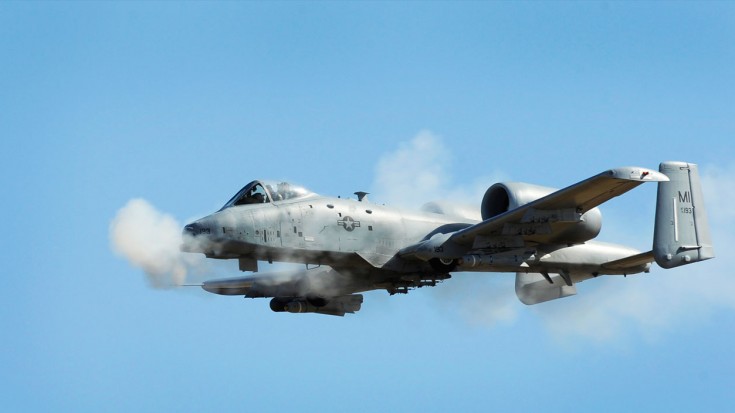 The P-47 Thunderbolts Started A Tradition Of Ruggedness

The A-10 Thunderbolt II gets its name from one of the best World War II planes, namely, the P-47 Thunderbolt. P-47s were used as fighter-bombers but in the later years of World War II were used extensively as ground attack aircraft. Sporting 8 M2 Browning machine guns,  4 on each wing, they strafed German Nazi strategic targets such as bridges, trains and factories. They also had the capacity to load up 2,500 lbs. of bombs, making them even more lethal.

Here are some great factoids about the A-10 Thunderbolt II:

Like their predecessor, A-10s are used primarily for close air support and are also extremely rugged. P-47 were known for their ability to deliver but also take a beating and the A-10s are no different. They have almost 1,200 pounds of titanium armor which protects both the pilot and the instruments, allowing it to take on significant fire while strafing targets. As you’ll see and hear in this video, getting in the way of that Gatling gun is the last thing you’d ever do.