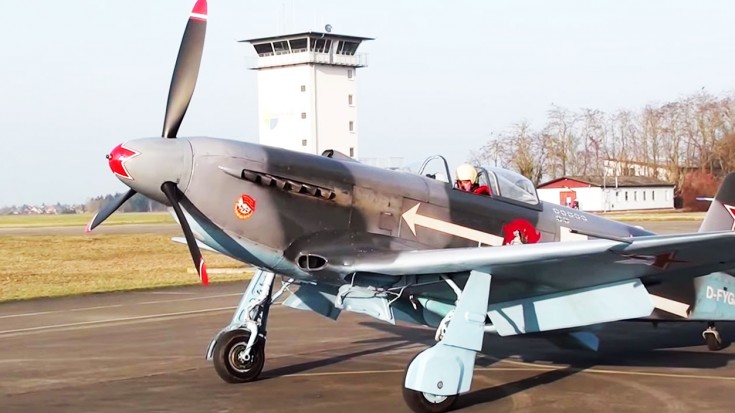 The US Had The Mustang, The Brits The Spitfire And The Russians Had This!

Yak-3, designed and manufactured by the Soviet manufacturer Yakovlev, was the most successful Soviet fighter aircraft during World War II. Yak-3 was simply a much improved version of the already successful Yak-1. Yak-1s were introduced in 1940 and over 8,000 of them were produced during the subsequent four years. Constructed with wooden wings they were light and extremely maneuverable, spiking the Soviet government’s interest into further development of the Yak series.

Here are some features of the Yak-1:

Yak-3 was very similar to the Yak-1, but simply addressed all the issues of the first one. It was very well received by Soviet fighter pilots who liked the fact that it was small, light and fast which increased its power-to-weight ratio making it an excellent dogfighter. Yak-3s had all metal construction unlike the Yak-1s and unlike comparable planes of the same caliber, had their cannon shoot out of the engine crankshaft, increasing their accuracy.