The Fully Restored XP-82 Just Took Off, But It Was Definitely Not Supposed To 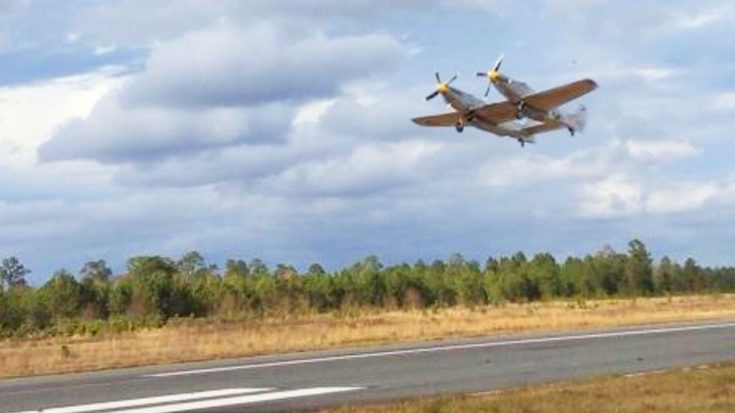 We’ve been following this build for over a decade now.  The last P-82 Twin Mustang flew in 1949 and since then, all 272 of them that were produced rotted away as the jet age overtook propeller-driven fighter aircraft.

It wasn’t until 2008 when an aircraft restored by the name of Tom Reilly found some scrapped parts of an XP-82 at a clients property and decided to buy it. He’s previously restored 5 North American Yale Trainers as well as B-25. He’s also had a hand in restoring the B-17 named 909 and B-24 named Witchcraft. Until 2008 however, he never undertook such a rare sample as the Twin Mustang.

Fast forward almost a decade and this beauty was in tip-top shape by the end of 2017 and was firing up and testing her engines. Then came all the FAA certifications to get her airworthy, one of the last of which took place on December 31st, 2018.

The XP-82 was supposed to pass a high-speed taxi test but as Tom put it, “It accelerated so fast after the planned liftoff that Ray, our test pilot, realized that getting it back down and stopping it in the remaining runway would be marginal.” The test pilot, Ray Fowler, didn’t want to risk overrunning the runway so he took off and flew around the XP’s home base in Douglas, Georgia for about five minutes. Fowler said the airframe flew very well.

You can find a video of this twin-headed beast below when they fired her up late in 2017. Doesn’t it sound fantastic?