Roald Dahl: Before “Charlie and The Chocolate Factory,” He Was A WWII Ace Pilot 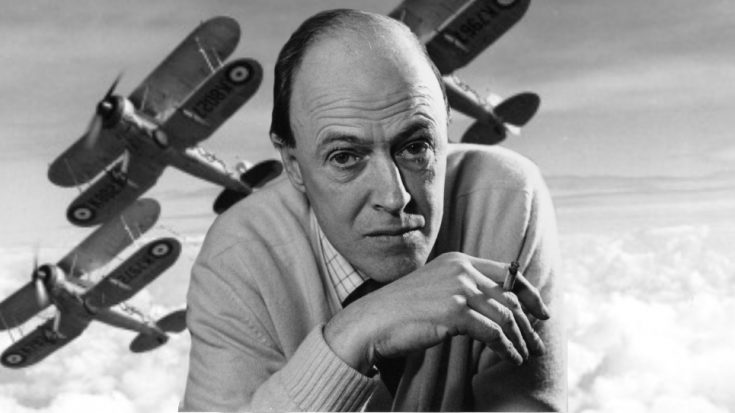 Roald Dahl is one of the world’s most beloved children’s authors. From “Matilda” to “The BFG” to “Charlie and the Chocolate Factory,” his characters navigate through fantastic, often grim, circumstances. His own life was no less mesmerizing. Dahl was a man who wore many hats: pilot, British spy, inventor, author. But the making of the man can be traced back to the fateful day of  September 19, 1940, when the young fighter ace Roald Dahl took orders to fly his Gladiator to an airstrip in Egypt.

Dahl never made it. In fact, he never could have. The orders he had received were completely wrong. His Gladiator was low on fuel with night approaching. No airstrip in sight, Dahl was forced to attempt a landing. Luck was not on his side that day. He struck a rock and the aircraft burst into flames. Dahl was severely injured, suffering a fractured skull and smashed nose. He experienced temporary blindness did not recover his sight for weeks.

Dahl would  continue to fly after his recovery, but eventually he had to be invalided home to Britain due to the onset of headaches that caused him to black out.

A Spy In Washington D.C.

Dahl reluctantly accepted an appointment as assistant air attaché at the British Embassy in Washington D.C. He found himself tasked with breaking down American isolationist views, talking about his war service and making pro-British speeches. He even passed on Washington intelligence to Winston Churchill, aiding in the Prime Minister’s understanding of how the two allies could best get along.

Dahl’s first published story was a retelling of his crash. He initially titled it, “A Piece of Cake,” but the Saturday Evening Post changed it to the dramatic sounding “Shot Down Over Libya.” It was published on August 1st, 1942.

From that point on , Dahl’s words began to grace the pages of countless books. They found their way into the bookcases of children and adults alike. His first book was another link to his service as a pilot; “Gremlins” was about the mythical creatures the RAF blamed for mechanical failures.

And to think, had history shifted just a little bit, had Dahl been just a little less fortunate, the tales of Roald Dahl that have shaped so many childhoods, would have never been.

Watch Chapter 1 (through 4:35) of this BBC documentary to hear about his crash.